Nicolas Budisa, born 2001 in Vancouver, is currently enrolled in the Whitecaps FC’s Pre-Residency program. Nicolas has been a part of   the Volf Soccer Academy since 2013. His love of soccer, willingness to work hard along with his talent give him all he needs to fulfill his dreams of becoming a professional soccer player. For these reasons, along with  his father Ron, we travelled to Germany this spring to size up Nicolas  with the german boys. Germany has one of the best soccer development programs at this moment, and I wanted to show him how soccer is played in Europe. Our first stop was in Freiburg, the location of the local Club Freiburg SC, where we were met with my colleagues. One of them was Kamil Vacek who plays for Sparta Prague and previously played for  Chievo Verona. Together we played a game of scrimmage and for Nicolas it was perfect preparation for the upcoming training with the Youth Academy Freiburg SC. 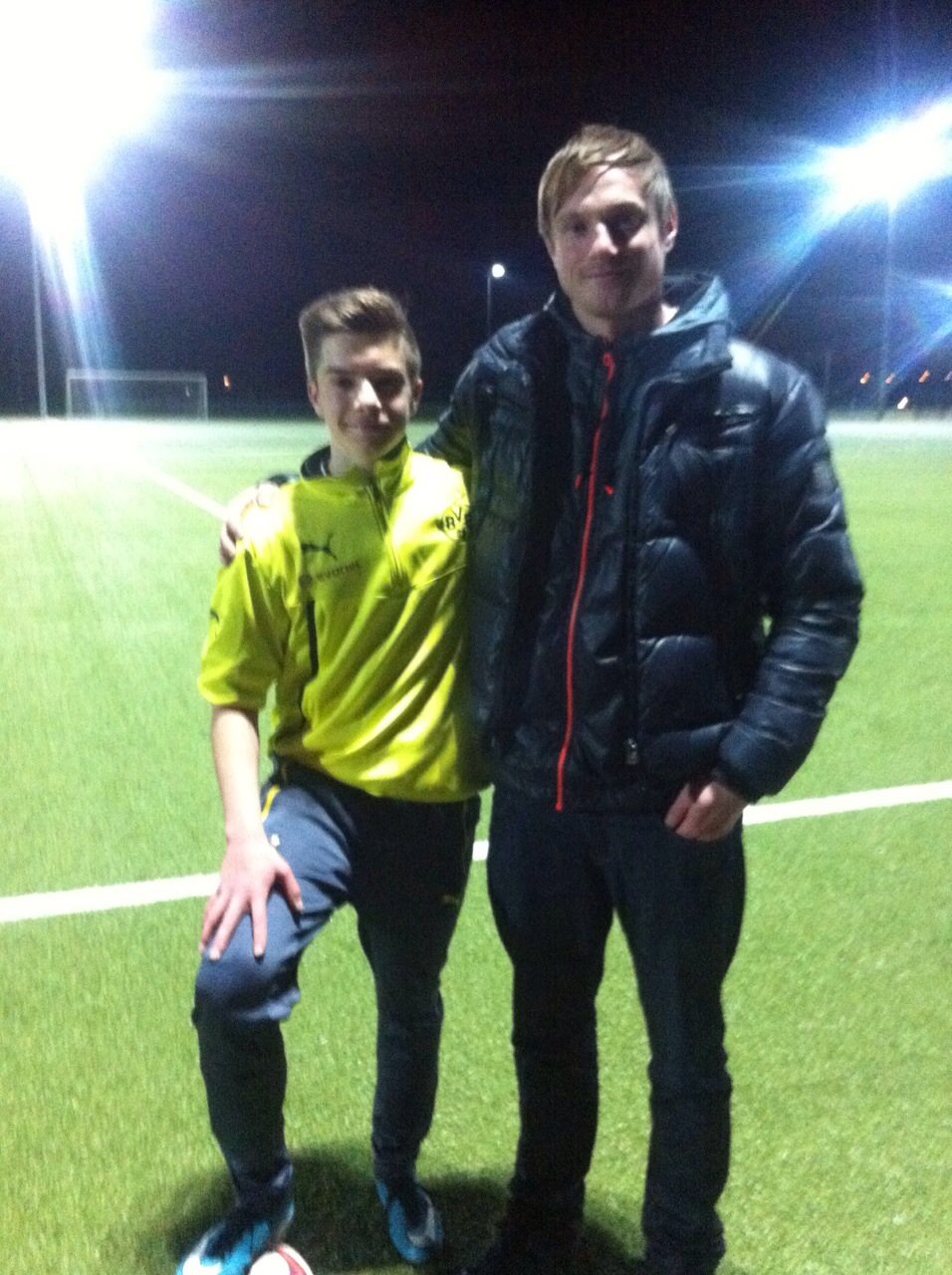 Nicolas’ wish was to train with Borrusi Dortmund and so we headed north to Dortmund. With the help of my friends and colleagues, Andi and Pablo, from Football Academy Germany we were able to secure a coveted try out, which is not easy to get. After only two training sessions with them they were very impressed with Nicholas’ skills. We were able to get him a try out at Borussii Dortmund, where the first team trains. During his time there he was lucky to watch stars like Reus in action. Nicolas’ self confidence and his ability with the ball caught the attention of a trainer named Benjamin who only after 3 trainings confirmed he would like to have him for the next season. 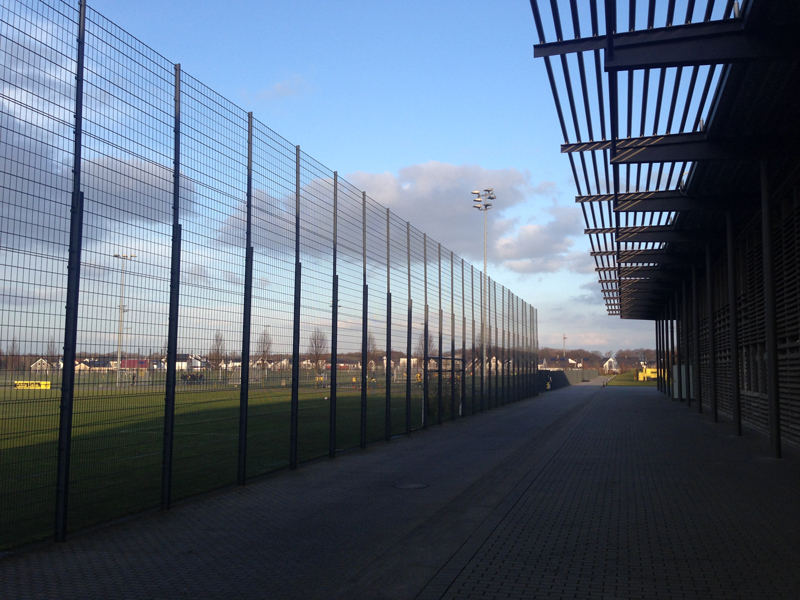 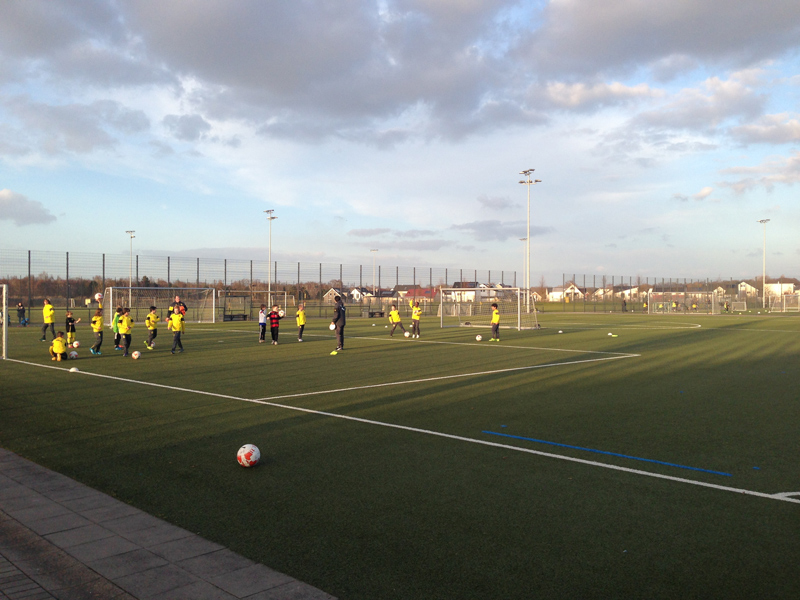 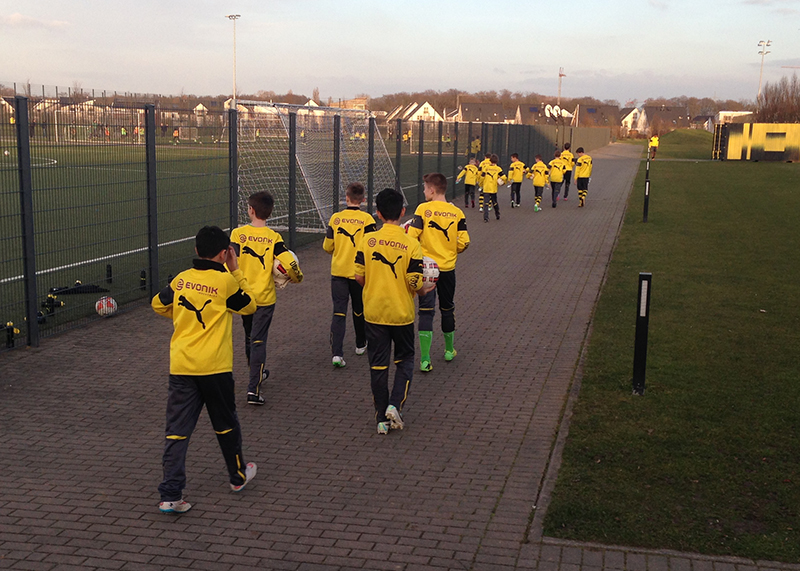 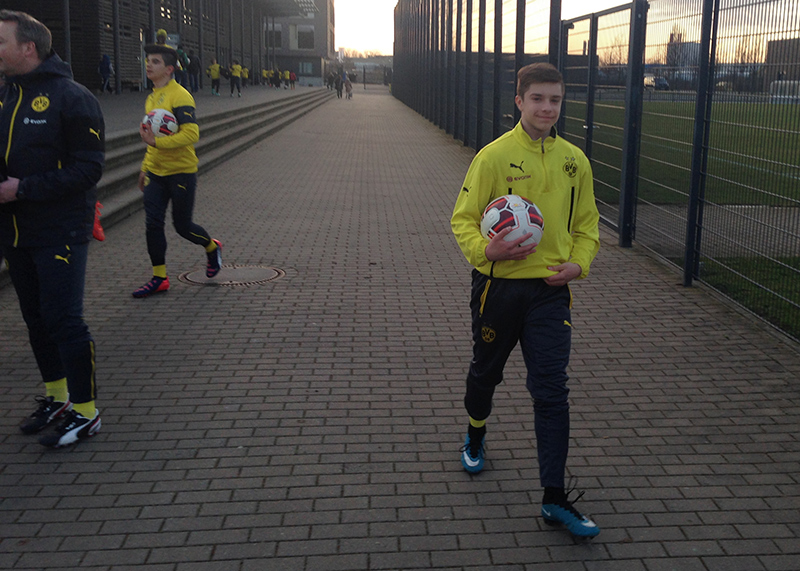 At the first training session Nicolas’ first contact with the ball showed us the true potential that this young soccer player has. Even being in an unfamiliar environment, jet lag and language barrier, Nicolas fit right in physically and technically amongst the best players on the field. When he was placed among the older players (born 2000), he showed courage and heart for the game. His smile after training said it all. The week spent in Freiburg was a good experience for us both and a perfect way to start the trip. 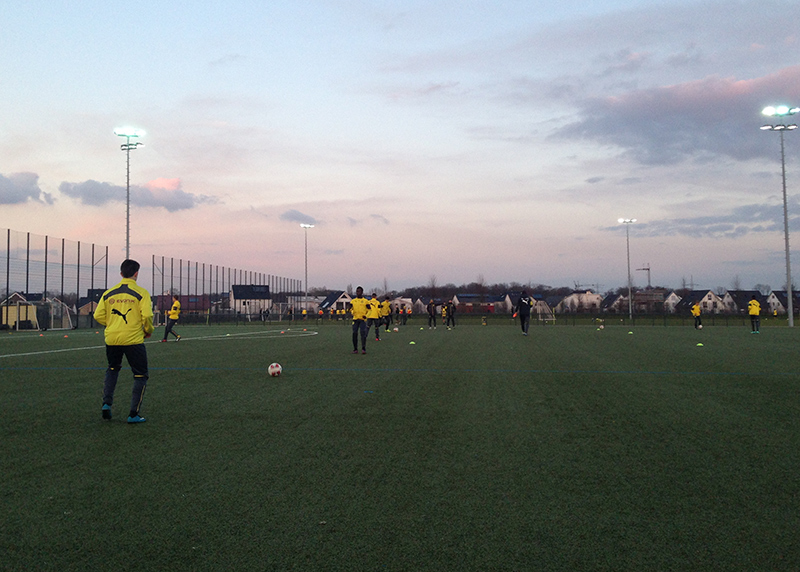 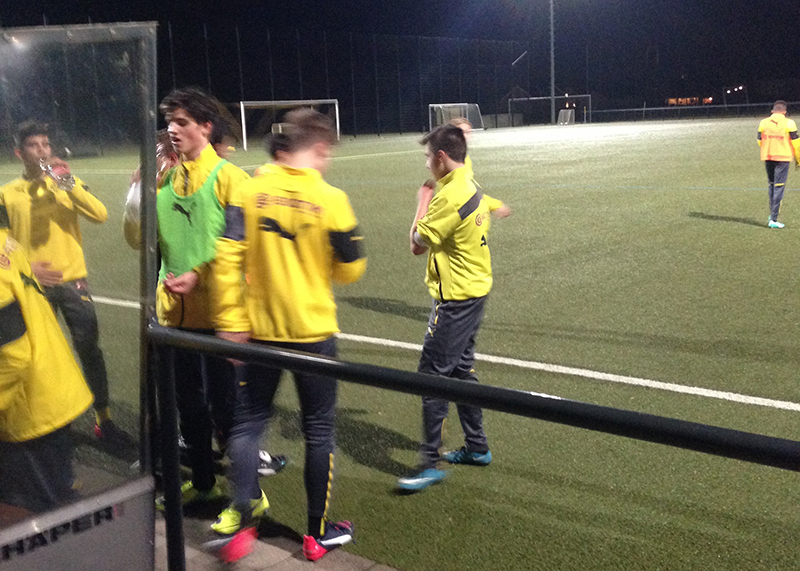 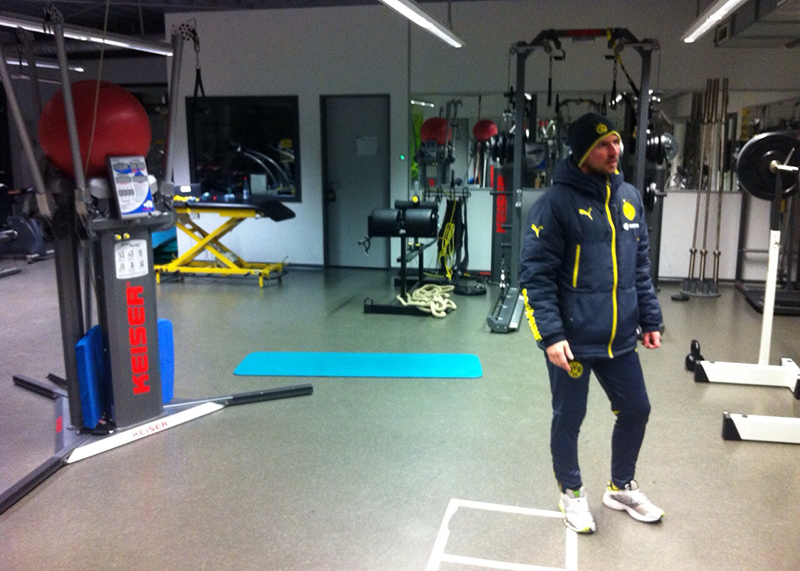 This trip to Germany was amazing for not only Nicolas, but for me and his father Ron as well. Nicolas spent two weeks with a smile on his face and Ron was so proud of his son. Well done Nico. Keep up the great work. I’m proud of you and wish you all the best in your journey to becoming a professional soccer player. 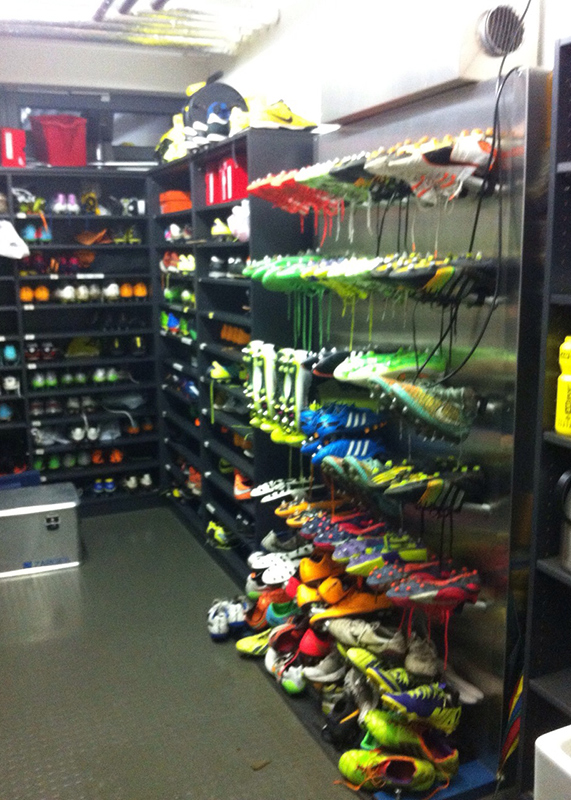 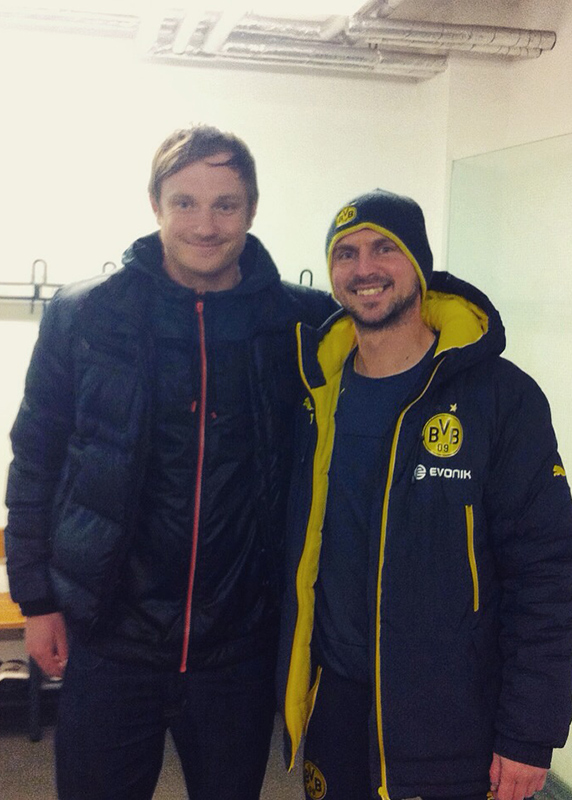